When an object is immersed in a fluid stream, there is phenomena of friction and turbulence.

The study of hydrodynamic resistance (Rh) does not currently have a comprehensive theory that would apply an equation corresponding to different cases accurately. We therefore divided the phenomena within certain parameters:

The total coefficient of hydrodynamic resistance (Ch=Rh/displacement) for an object in the deep sea without surface effect is defined as:

The total coefficient of hydrodynamic resistance Ch = Rh / displacement for an object moving close to the surface is defined as:

Despite advances in computer modeling, testing models are still essential.The effects of friction measured experimentally basins hulls, are themselves subject to scaling problems, solved by the laws of similarities (See: Froude) 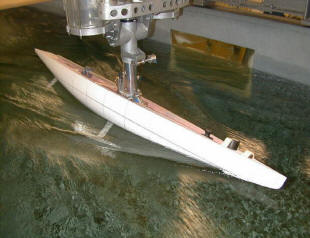 Another technique for evaluating hydrodynamic behavior is to compare measured data from a series of standard forms and extrapolate the consequences of changing forms. The naval hydrodynamics studied resistance to the advancement of ships, en savoir plus sur l'hydrodynamique navale 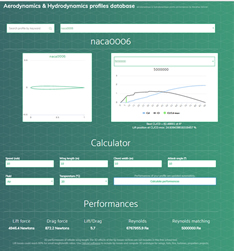